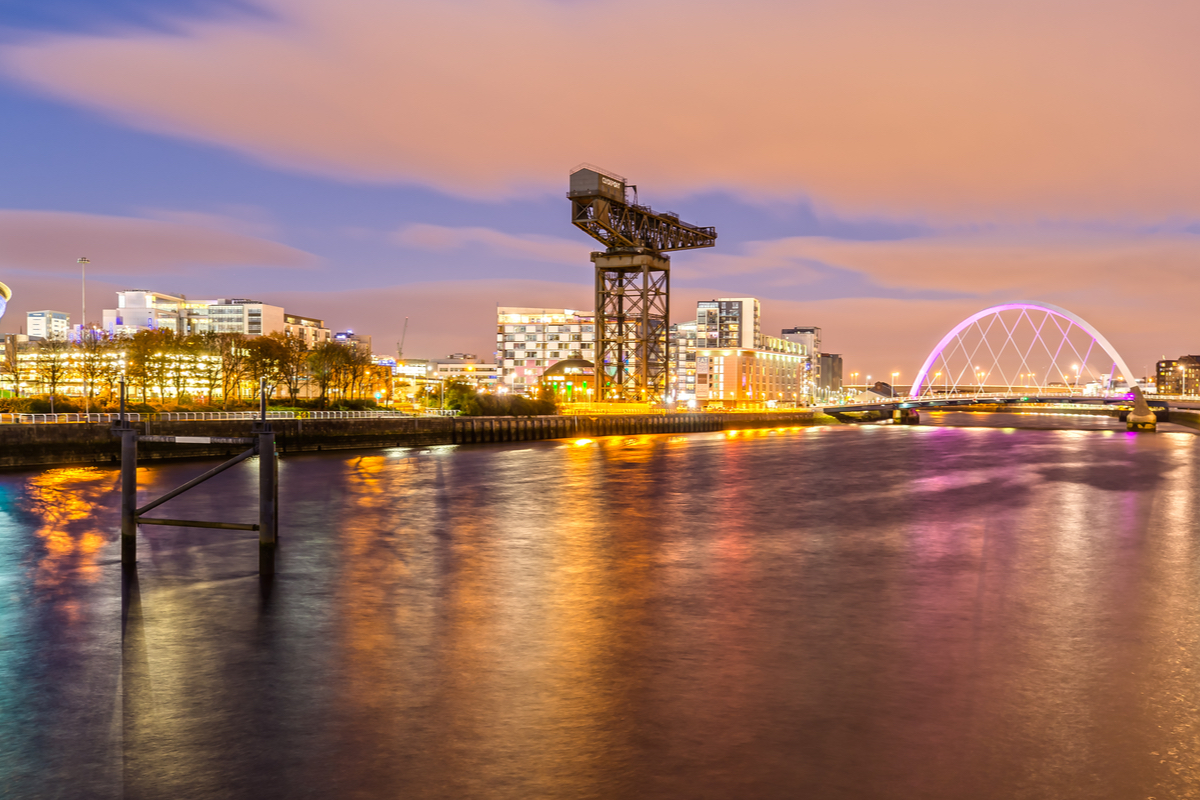 Some of Glasgow’s Hidden Gems!

It’s true that ‘people make Glasgow’ but as well as the people, the city has a serious amount to offer!

Scotland’s largest city is awash with culture from world-class museums and vibrant festivals to comedy and live music. It also boasts an array of restaurants, cafes and has an exceptional shopping scene. If you live and work in Glasgow or are considering a move to the city, check out these hidden gems that could be right on your doorstep.

The church stands partly contained by its pear-shaped graveyard, just to the north of Govan Road in the centre of Govan. It ceased to be an active parish church in 2007, when the congregation became part of Govan and Linthouse Parish. Today the church is best known as the location of The Govan Stones, one of the best collections of early medieval sculpted stones in Scotland.

This picturesque West End cobbled street adorned with fairy lights is tucked away and easy to miss. It has some great restaurants and bars with a fantastic atmosphere all year round and features the famous Ubiquitous Chip and Grosvenor Cinema.

This building is beautiful inside and out and is Scotland’s largest public reference library. It has an incredible array of resources including the world’s greatest collection of Burns manuscripts and a dedicated family history centre where you can trace your family tree. It has many events with authors throughout the year and hosts the Glasgow book festival.

This is a fabulous tearoom selling over 80 kinds of tea as well as delicious vegetarian and vegan food. It’s a charming café housed in a former 19th century stable tucked away in Glasgow’s West End. It also hosts music nights several times a week.

The University of Glasgow’s Museum

Glasgow University is one of the best universities in Scotland with its atmospheric cloisters attracting those who are interested in architecture or photography. Art history enthusiasts will enjoy the Hunterian Museum, which is dedicated to William Hunter. It’s the oldest museum in Scotland and alongside this museum you can also explore the Hunterian Art Gallery, the Mackintosh House, the Zoology Museum and the Anatomy Museum, all located in various buildings on the main campus of the University in the west end of Glasgow.

The Glasgow Police Museum illustrates the history of the Glasgow Police 1779 – 1975, through artifacts, stories and images. Its International Room has uniforms and insignia from EVERY country in the World.

The Necropolis is inspired by the famous Père Lachaise in Paris. It is an incredible Victorian cemetery adorned with some 3,500 monuments. Amongst the most notable graves are a monument to Protestant Reformation leader John Knox, and a Celtic cross designed by influential Glaswegian architect Charles Rennie Mackintosh. You can take a guided tour to discover more.

The Game of Thrones Path

Lambhill Cemetery is located north of Glasgow city centre on the A879 road up to Milngavie. Next to main road and the WW1 memorial you’ll find a pathway that doesn’t look too dissimilar to the one used as a location on Game Of Thrones as a road to Kings Landing. The trees there perhaps planted as far back as 1881, when the cemetery opened.

Winter or summer, this is a great place to visit and take a break from West End shopping! Kibble Place is a striking greenhouse designed by John Kibble and features fine marble statues surrounded by vivid flowers, tropical palms and the National Collection of Tree Ferns.

St Aloysius’ Roman Catholic Church is one of the most impressive in Glasgow with an opulent Renaissance design based on the Church of the Gesù in Rome. It’s home to a copy of the famous Our Lady of Montserrat statue, one of only two outside Catalonia.

Founded by sculptor-mechanic Eduard Bersudsky and theatre director Tatyana Jakovskaya in St. Petersburg in 1989, Sharmanka Kinetic Theatre has been entertaining Glasgow audiences for two decades. It has enchanting performances with hundreds of carved figures controlled by steampunk-style machinery, combining with lights and music to tell haunting, beautiful stories.

In addition to the usual high street stores see up and down the country along with some designer boutiques, you can also find a wide range of vintage stores in Glasgow. Situated in King’s Court, Mr. Ben is a treasure trove of retro style, where you’ll find anything from antique wedding dresses to military uniforms.

If you think this city could be for you, take a look at our Pollokshaws and Laurieston Living developments. Help to Buy and First Home Fund available on some plots (Ts and Cs apply). See our developments.