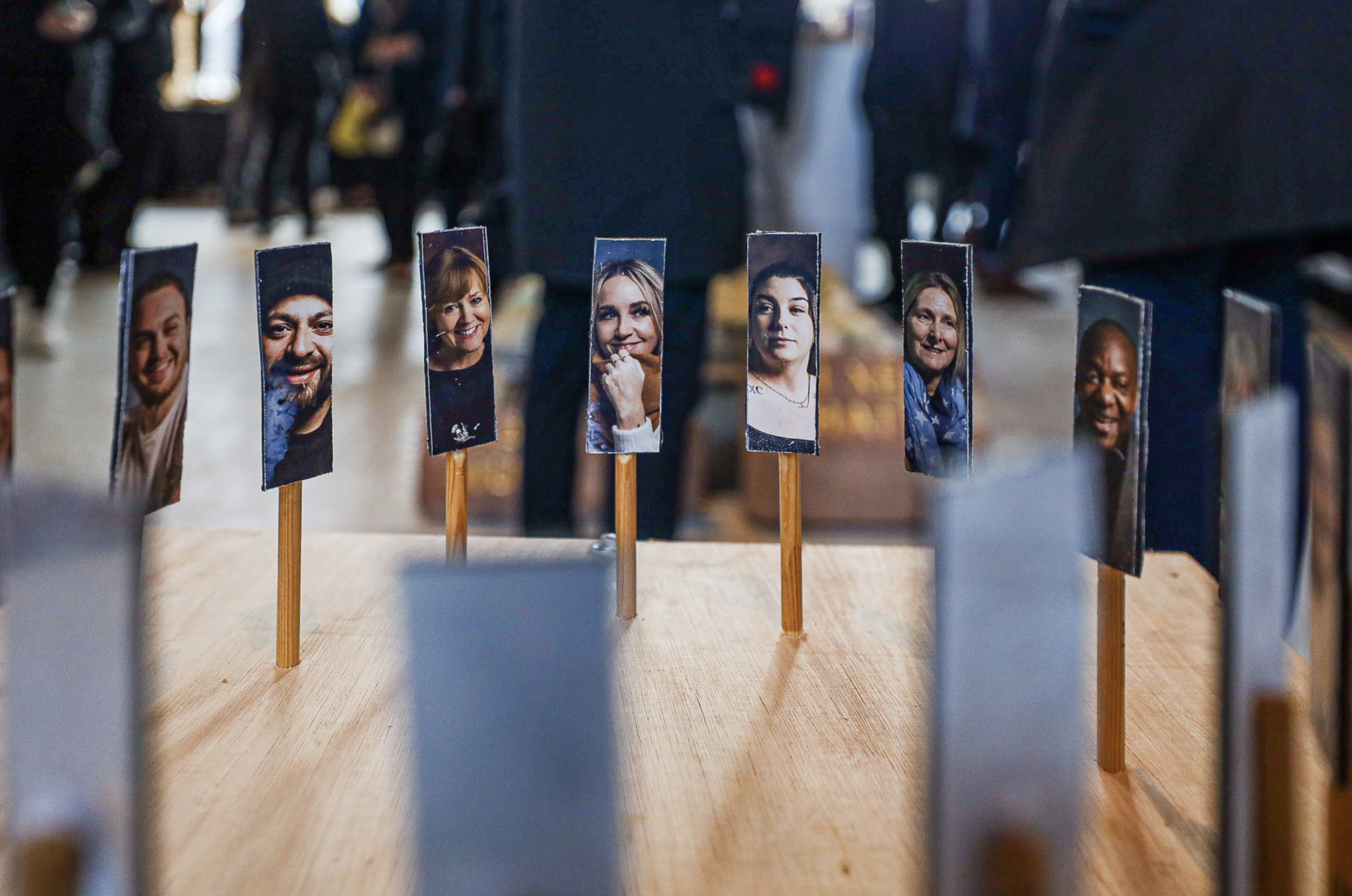 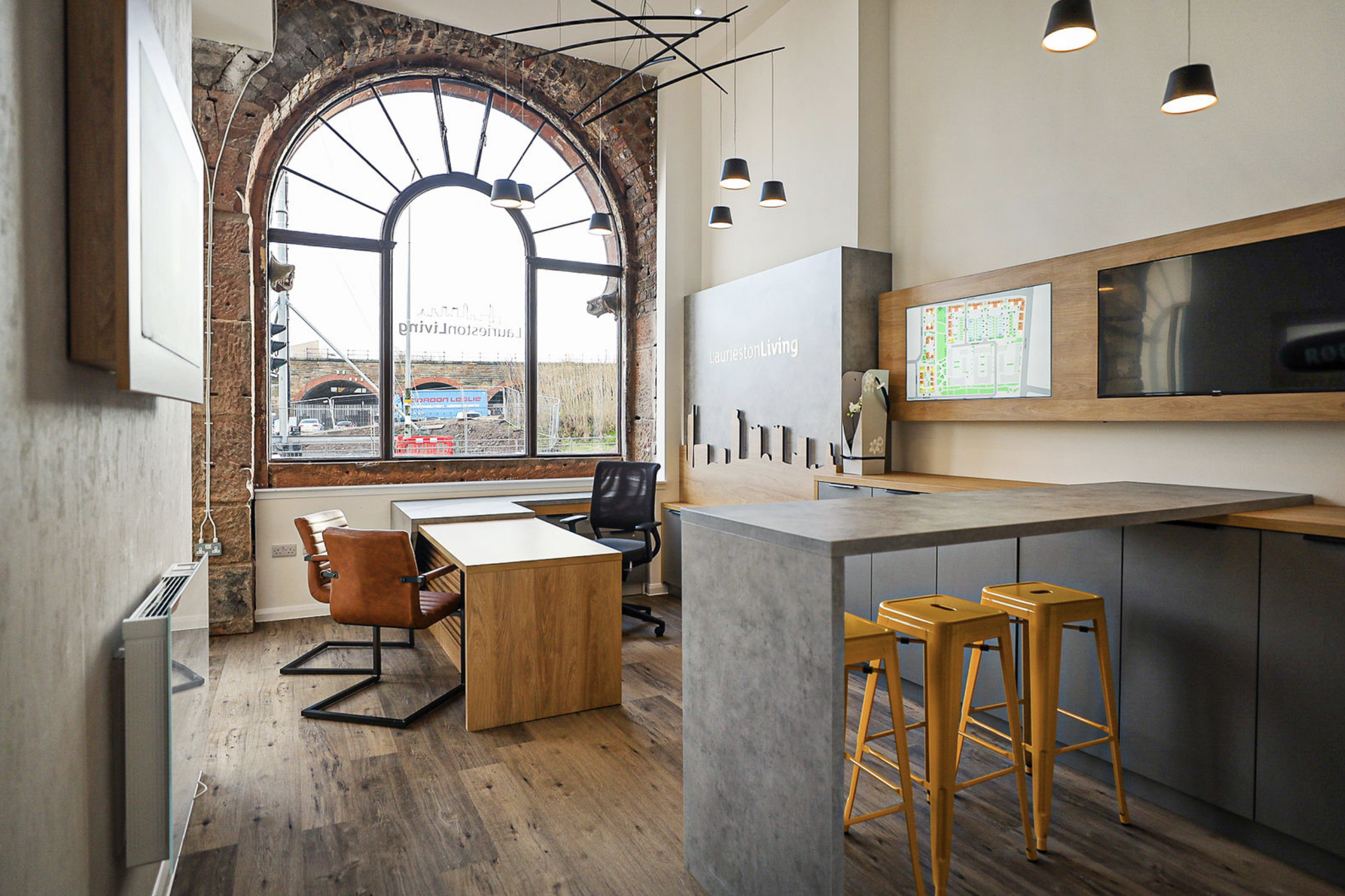 Urban Union has opened a new free to use community space featuring a gallery and exhibition area at 166 Gorbals Street, a Glasgow landmark and one of the last remaining historic buildings in the Gorbals.

Built in 1900 and designed by architect James Salmon, the Grade A-listed building was once home to the British Linen Bank but lay derelict for decades. It was acquired by Southside Housing Association in the early nineties and has recently undergone a £2.6million restoration.

Since restoration work was complete in 2020, the ground floor commercial space has remained unoccupied but has been sympathetically transformed into the house-builder and regeneration specialist’s new sales and marketing suite and a community space.

The local Community Council and Laurieston LDG are already taking advantage of the community space which has been made available by Urban Union free of charge. The gallery and exhibition area currently features Laurieston’s Living Legends, a WAVEparticle project commissioned by Urban Union and a sculpture designed by local children featuring 33 languages illustrating the diverse and inclusive community.

Neil McKay, Managing Director of Urban Union, said: “166 Gorbals Street is one of very few listed buildings in the Gorbals area, sitting prominently beside our Laurieston Living and Bedford Street development as well as the major thoroughfare which connects Glasgow’s southside to the city centre.

“As regeneration specialists, we’re focused on building communities and further transforming Laurieston into a dynamic quarter of the city. We jumped at the chance to take on the previously unused commercial space in this historic building and look forward to using it to showcase our plans for the continued revitalisation of the area.”

Donna Reilly, Head of Development & Investment at Southside Housing Association, said: “We’re really proud of the work that has been done to restore this beautiful building back to its former glory and preserve its rich history. A lot of effort has gone into restoring or replicating its unique features, so it’s great to now see the commercial space being used by Urban Union.”

In the coming months, 166 will also host Urban Union’s sales and marketing suite where potential buyers can learn more about the Laurieston Living development. In a more than £140m revitalisation of the Gorbals area, Urban Union plans to deliver four phases over a nine-year period.

The site forms part of the wider Transforming Communities: Glasgow programme that aims to regenerate eight key neighbourhoods across the city, therefore great importance has been placed on embedding Laurieston into the community, linking together aspects of the neighbourhood like the Gorbals and the Citizen’s Theatre and connecting Laurieston to other parts of the city.

In the first phase at the development, a total of 364 affordable and private homes were delivered in partnership with New Gorbals Housing Association. A further 190 homes are currently being developed as part of Phase 2 which is due to be completed by spring 2022. The site also features a civic park and a mix of accommodation, with potential for commercial opportunities and retail outlets.

Suited to first time buyers and growing families, there will be a range of house types available soon at Laurieston Living including one and two bedroom apartments as well as two, three, four and five bedroom terraced homes.

For more information or to book the community space, please email info@urbanunionltd.co.uk. 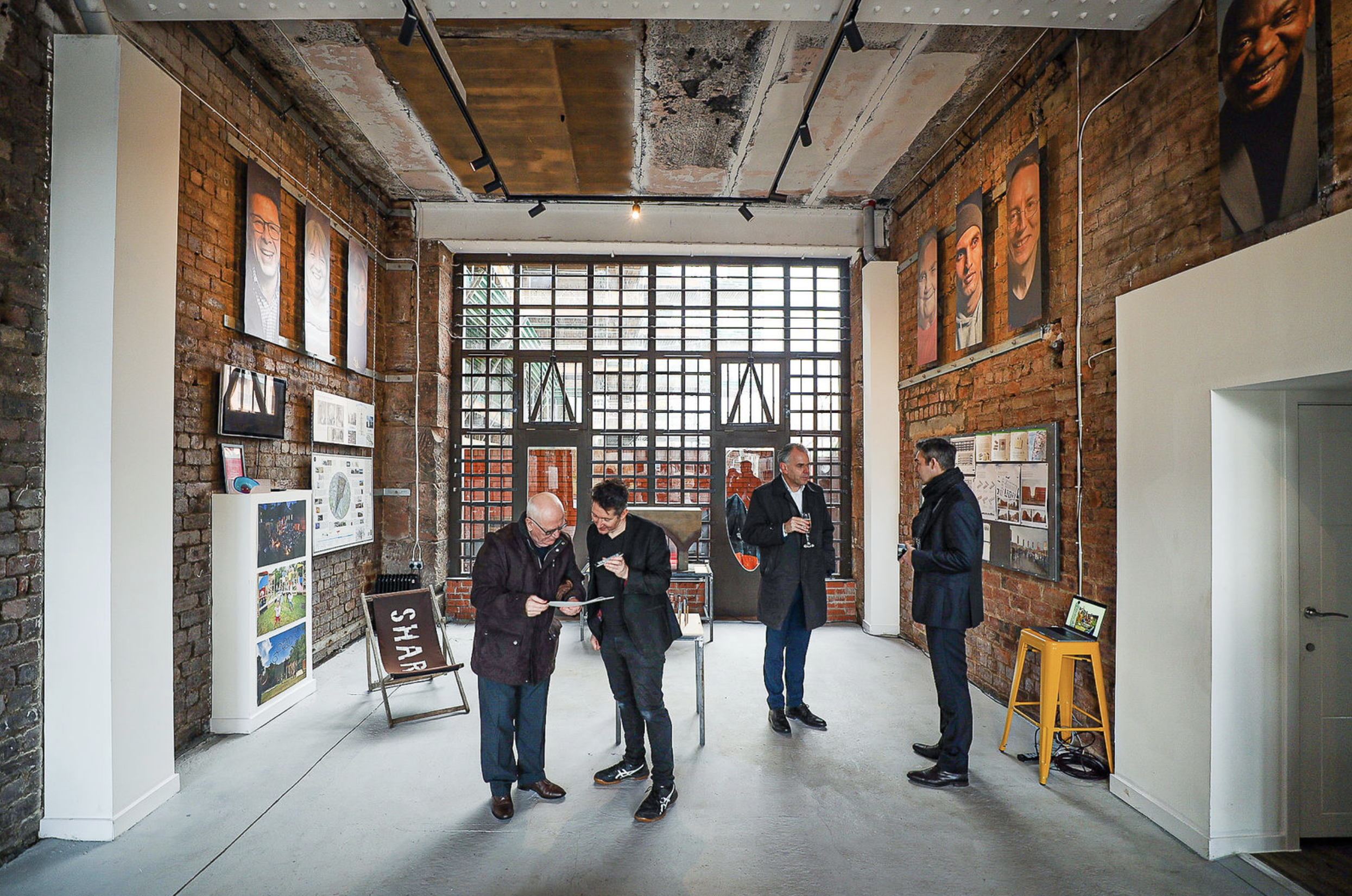 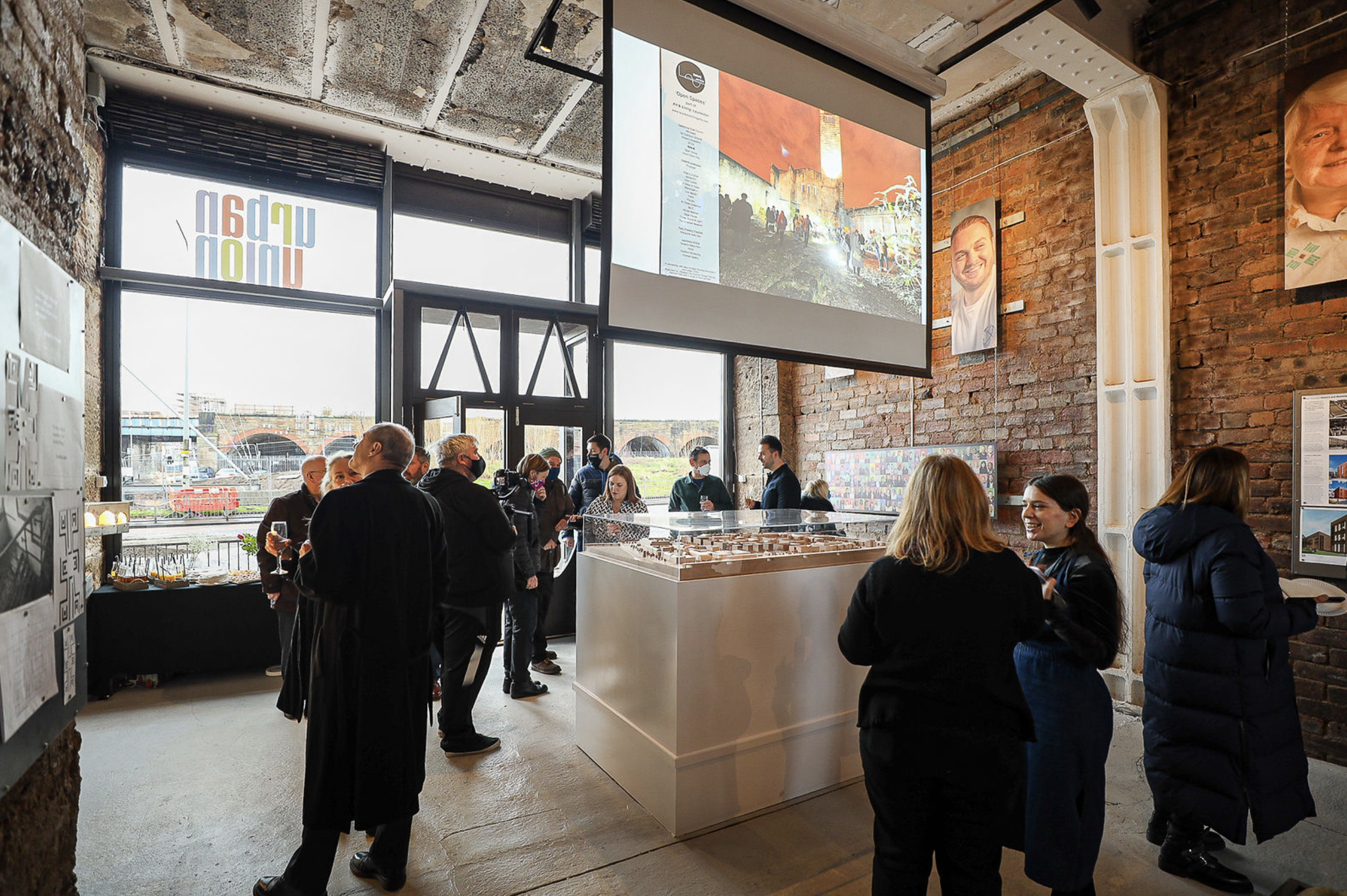 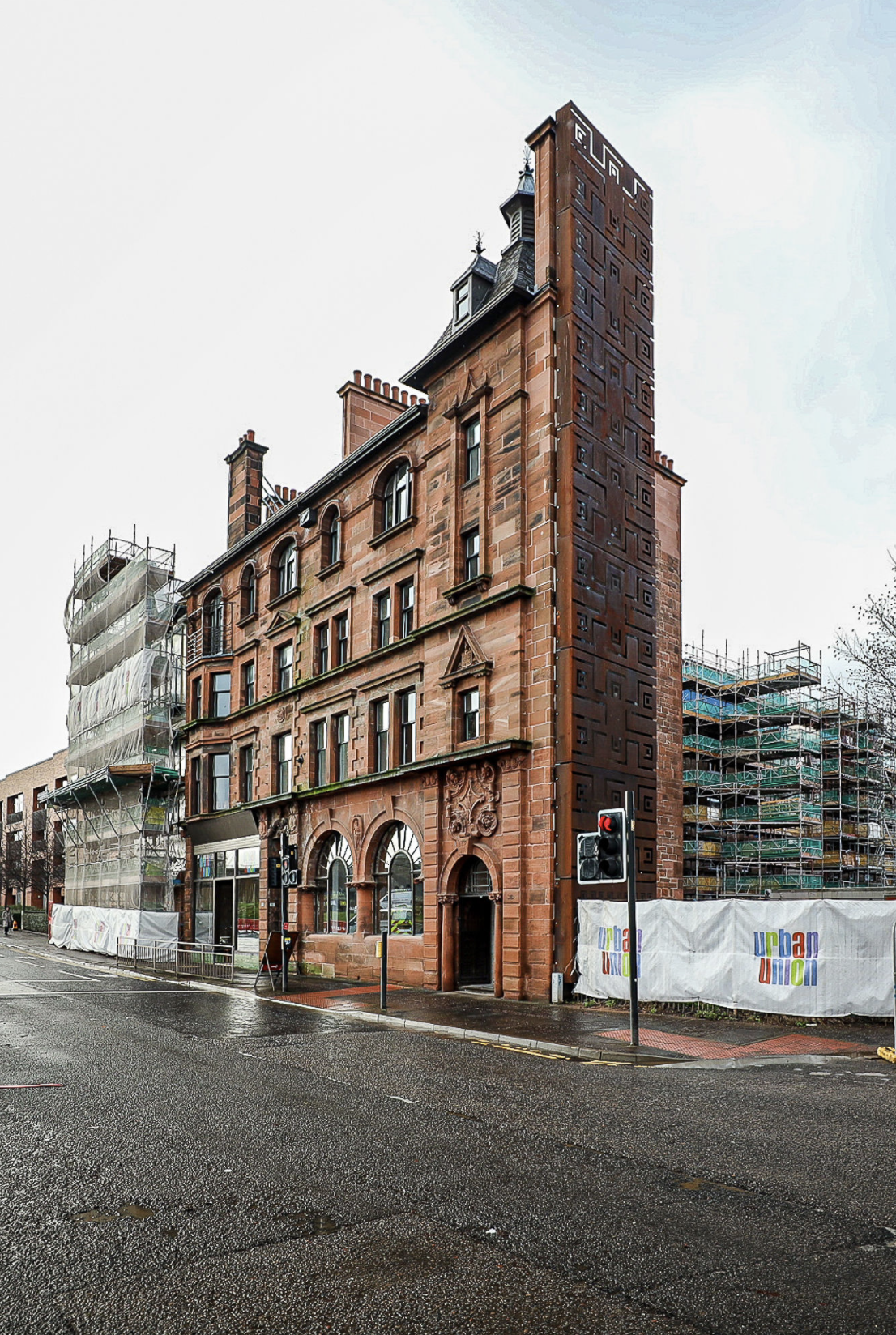 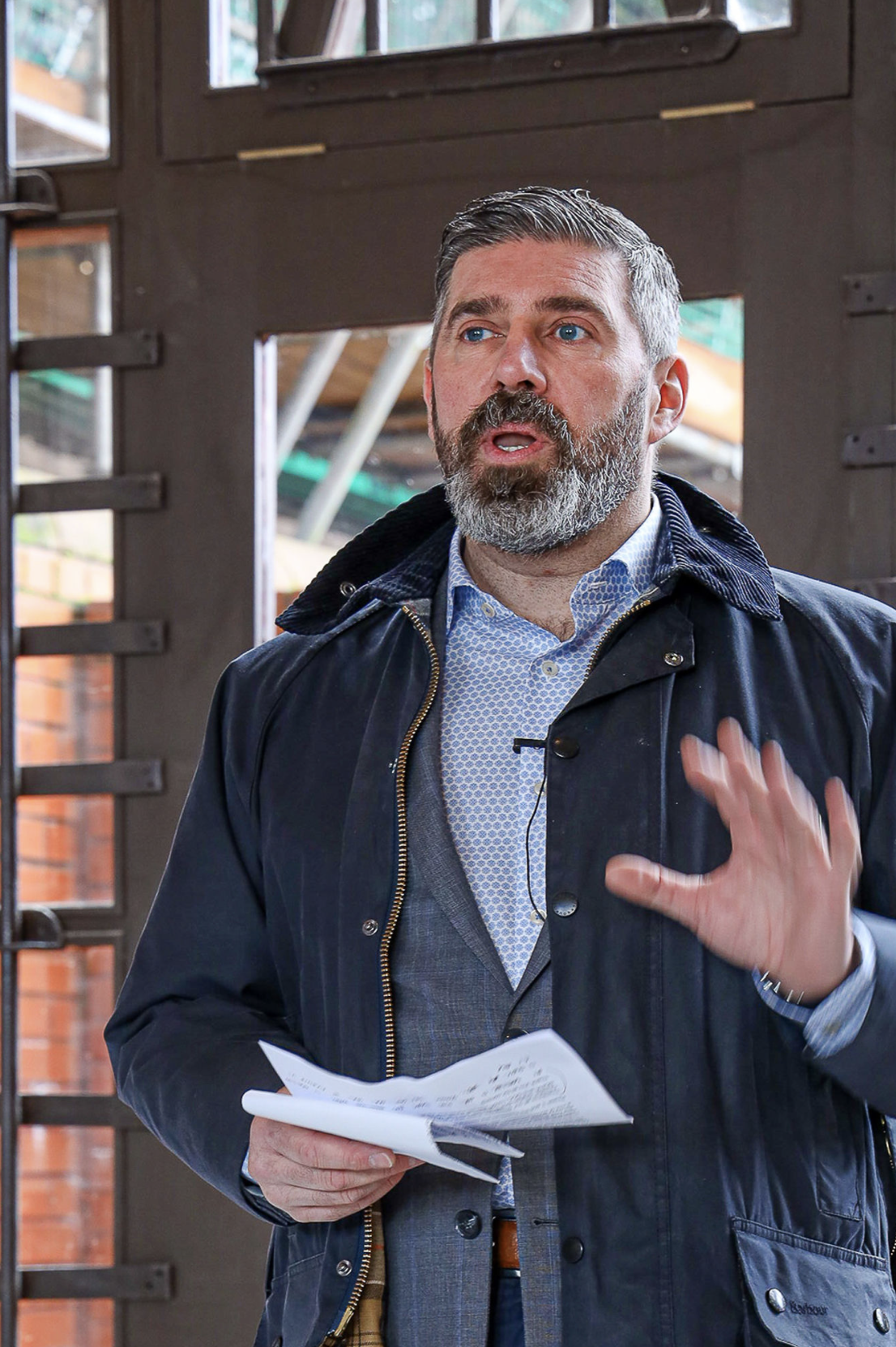